Also known as Sfincione, focaccia, thick-crust, deep-dish or pan pizza. The Sicilian pizza is a very versatile pizza that goes by lots of different names, depending on the region, city, or country where it’s made. Though the name and the toppings may vary a lot, the basics stay the same.

A focaccia has a softer, and more bread-like texture than the Neapolitan, Roman and New York pizza. They’re baked in a pan or baking tray that’s coated heavily with olive oil. As the oil heats up in the oven, it toasts the base of the pizza, so that it ends up with a crispy golden-brown, slightly fried texture to its bottom. 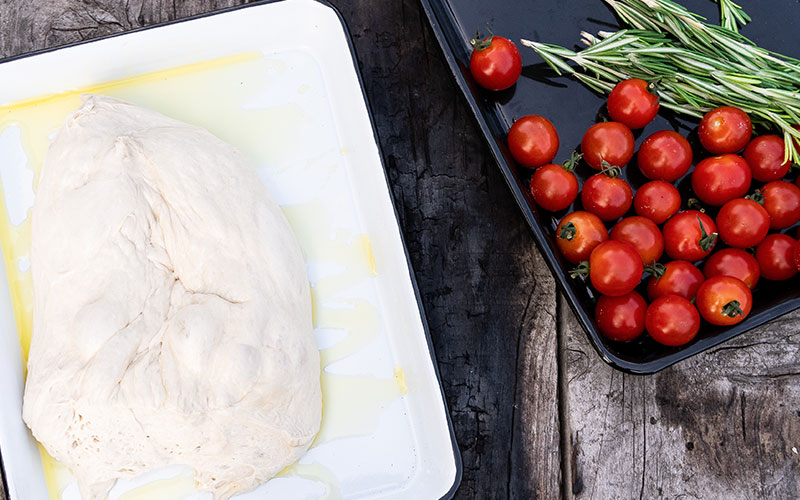 Make your dough using the pizza dough calculator set to Sicilian pizza. After kneading your dough, put it in the fridge for at least 1 to 3 nights so it has time to develop big bubbles, be very light to digest and have a beautiful rustic baguette interior. After you take the dough out of the fridge, coat your baking tray heavily with olive oil and place the dough in. 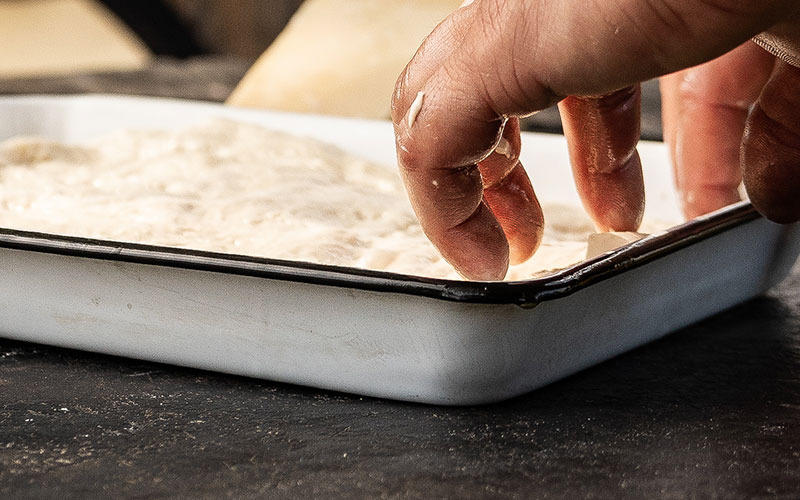 Let the dough sit in the baking tray for at least 4 to 6 hours, so that it comes to room temperature.

After this time has passed, heat up your Outdoor Oven with a big fire let it burn for a while until the flames are small and not really active anymore.

Put on the Thermodoor and the bottom door. When the temperature drops down to 250ºC, it means it’s ready. 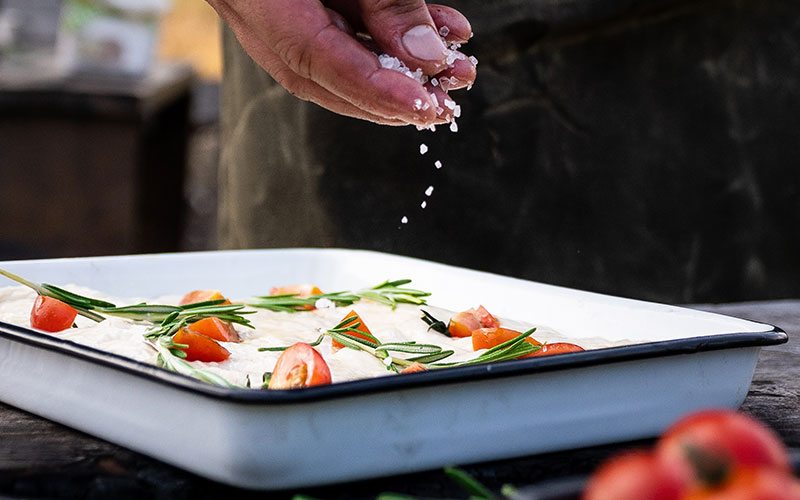 For a traditional Focaccia, sprinkle some sea salt and a little bit of oil, I have also added a bit of rosemary and some cherry tomatoes quarters. Finally, put the baking tray into the oven for 15 to 20 min. Since most of the heat will come from the back of the oven, rotate it during the baking process to have an even bake.

Voilà! that’s it, you have a delicious wood-fired focaccia 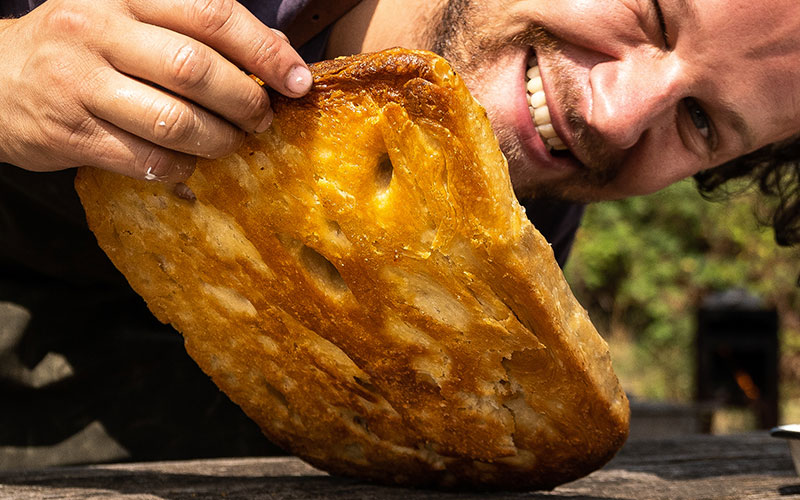